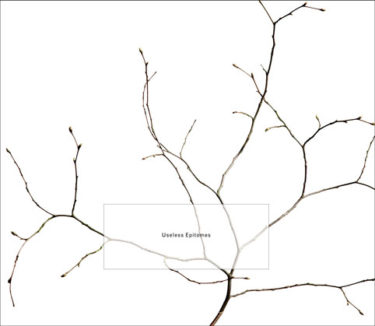 Originally released in 2008, The Useless Lesson and Lesser Epitomes have been revisited, remixed, remastered as a 2xCD set and expanded with the 40-minute bonus EP Three Adaptations.  Textura wrote “ The opening pieces set the bar remarkably high: “To force closed our eyes” introduces the album with mournful string patterns that recall Gorecki’s Symphony No.3 (aka Symphony of Sorrowful Songs), and “Failing need of more,” a fourteen-minute collaboration by Leimer and phonographer Anode, billows heavenly like a gargantuan, almost imperceptibly moving cloud mass. By album’s end, I’m none the wiser as to how Leimer produced The Useless Lesson but the largely glorious results speak loudly enough all by themselves.” And THE WIRE wrote “Lesser Epitomes provides three short suites of music all composed using a system of chance to give shape to basic musical elements. The listener is then advised to randomly re-order them, creating a vast number of permutations within the set… as brief episodes of grouped strings move past each other with the stately indifference of dancers in a ballroom.”