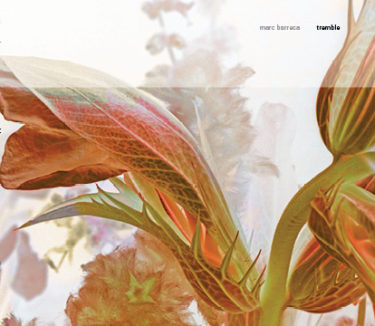 “Though the typical Tremble piece enters quietly, it takes mere seconds for it to swell into the robust form it will assume for its duration—something even the recording’s shortest piece, the three-minute “Squeezed From a Tube,” demonstrates. Agitated string plucks flutter alongside a mini-cyclone of electronic swirl during the aptly titled “Comet Falls,” while contrast abounds during “Suling” when clanking chains rub shoulders with blinding strings and shimmering electronics. Of all of the album’s pieces, it’s the final one, “Translation,” that comes closest to having a conventional compositional structure in the way it arranges saxophone, piano, horns, and strings into a flowing mass. Barreca’s lava-like sound-worlds are heady constructions whose sounds spill forth in thick clusters and collectively present themselves as heaving conglomerations of shape-shifting sound (nowhere more dizzyingly than during the rather psychedelic “Periodicity”). In Tremble’s case, a word like organic is less applicable than geologic, given the immense tectonic force with which its material convulses.” — Textura